First weekend after starting a new teaching job, just getting settled in Busan, I went out with a colleague, Bass: an east coaster, a veteran of a few tours here who had recently got promoted to his F2 status. He invited me out to the PuDae neighborhood. PuDae, as my Lonely Planet guide describes it, is the place that used to be “the place” to go. Every first of the month at a little basement bar they have an open-mic stand-up comedy night. Fell for a lithe, pasty, dark-haired Scottish girl who kept talking about her pussy going “flap, flap, flap.” Bass says, “I need a shot before I go on, you like Jack Daniels?” Internally, I’m shouting, “Not as much as I like Jameson, look at the Jameson!” But to paraphrase the tune of the English football anthem You’ll Never Walk Alone, “And you’ll never shoot alone, you will never shoot alone (clap clap clap).”

After the show, it’s around 1 a.m. Bass tries to convince me to go to the casino, to which I decline. Got enough vices, not trying to add any more, so he leaves me smoking alone out on the street. I end up meeting a drunken local, however, who does persuade me to follow him to this really great bar he knows. We proceed to circumambulate the site, like pilgrims in a procession around the Kaaba, before walking back downstairs to the exact bar we were just at. His English is terrible, my Korean is worse, but we both speak drink. So, 1 a.m. turns into 6 a.m. Last thing I remember, he asks where I live. “Suyeong jihachil, ship chil beon,” I slur. He hails a cab, shakes my hand, shoves me into the back seat, and yells something at the driver.

Next thing I know, the sun is up. I look around and I see I am outside a police station flanked by four men. I casually, vato style, look to my left. Lips pursed a bit, shake my head. There’s one cop and the cabbie. Look to my right, two cops. No words are spoken. I stick out my lips like I’m Mick fucking Jagger, more head shakin’. I know the score. I spent all my indigenous currency at the bar, there’s no Won in my wallet, and I passed out in the taxi on top of that. Then the cab driver, from the few words that I gather and his gesticulations, begins to plead to the cops that I am another deadbeat wayguk and that I should be arrested for my transgression. The cops are conferring with cryptic glances, I am still vato stoic. So, knowing the score and without saying a word, I fumble through the contents of my wallet; I find, invaginated behind the expired IDs and tapped debit cards, there is one note there, fifty U.S. dollars. I extract the bill from the leather bi-fold, slap it into the hand of the cop on my left and walk home. Without a word. 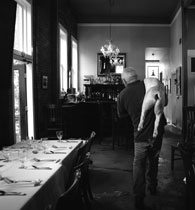 Later that afternoon, beat down and hung over, when given a respite from the internal replays of the night, I recall my first “date” with Jenn Zeek. I was bartending at an urbane, farm-to-fork bistro downtown and dating Mama Steph back then–a petite, olive skinned, tattooed, smokin’ younger lady with two kids and glasses I met in a contemporary philosophy class. Jenn was living with her boyfriend in Davis while she was studying viticulture and enology and had been working with us, hostessing, for about six weeks. Though she was way overqualified to be a greeter and a seater, she was biding her time waiting for an opening on the floor, and socially, wasn’t in yet. She had the restaurant version of Vietnam Syndrome working against her: got to be in country six months before we give a shit about you (like salty profs contempt for newbies). However, from the intelligence gleaned over small talk while folding napkins and buffing flatware, her boyfriend wasn’t into too much other than progressing in an online poker tournament. She was looking for some other action.

So, Friday night, we are sitting out on the patio in our penguin suits enjoying our after work beers and spliffs with a handful of freaks of the industry, discussing plans to go spend the weekend out on the Sonoma Coast–Steph and I included. It turns out on the eve of the trip, Steph breaks up with me via text message. She didn’t like the fact that I wasn’t into her kids. Fair enough, miss you Sweetheart, but you’re right. Jenn catches wind of our plans and the fallout with my girl, so she pulls me aside and explains,

“You know, I am supposed to go to Napa tomorrow but I would rather go with you all to Sonoma. I love pinot noir and the Russian River and I think you need a date, though you know I have a boyfriend. But I promise I’ll be fun. Maybe I can go with you guys?” 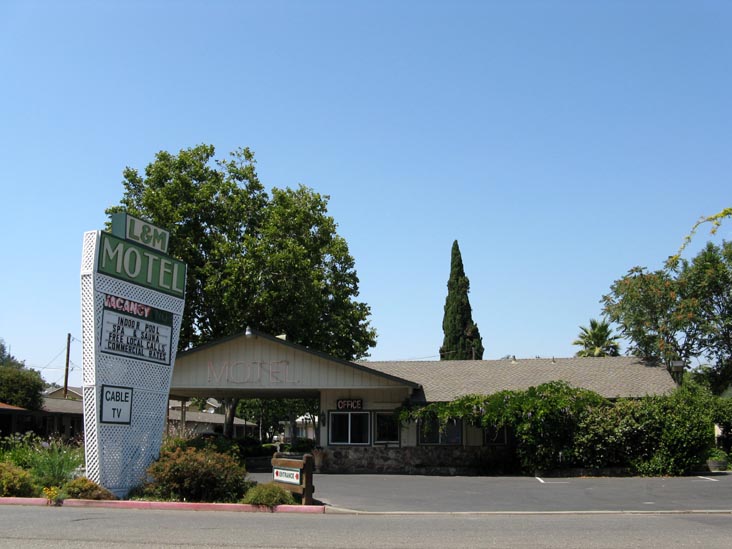 We end up on a Monday night in the tony hamlet of Healdsburg at the L & M motel: a faded, old-school u-shaped place anchored by a parking lot. An expensive dive just south of the railroad tracks and the town square. Two couples, Jenn, and I checked out of the beach house and decided to milk one more night of this trip. We’d just completed day three of wine tasting, beer drinking, and barbecuing. Jenn discovers a pool room at the motel. She wants to swim. I’m not much of a swimmer but I do like girls that like to swim. So we change into our bathing suits and head over to the pool house. It’s five past 11. We open the door and walk into the room. There’s a sizable, six-foot deep pool and a small, hot, bubbly spa and a man who works for the L & M standing next to the jacuzzi.

“Sorry, closing up,” he announces.

I glance at Jenn, who is standing by the door clearly eager for a dip, and walk over to him. I approach him with, “Look man, I got a girl here who wants to swim, and, I like this girl, how ‘bout lettin’ us swim?”

I reach into the left pocket of my trunks, there are three things: a pack of Marlboros, a lighter, and a fifty-dollar bill. Why I would feel compelled to grab the last bit of cash I have until Thursday to walk 20 feet to the pool room? I don’t know. And how often do you really have a Grant when Lincolns, Jacksons, and Franklins are so much more common? I cusp the paper note in my left hand, surreptitiously move it to my right, extend my hand to the maintenance man, grab his palm and pull him close so Jenn couldn’t hear, and offer, “Here’s a fifty and we stay as long as we want.”

A few weeks later, Jenn and I begin the Sunday Funday drinking bloodies, reading The Times. We recall the L & M. She said she didn’t know the details but she saw me shake hands and the man walked off. She didn’t know exactly what transpired but she knew it was life imitating art in front of her eyes and knew I was the one.

It was, if not for: Busan Calling. 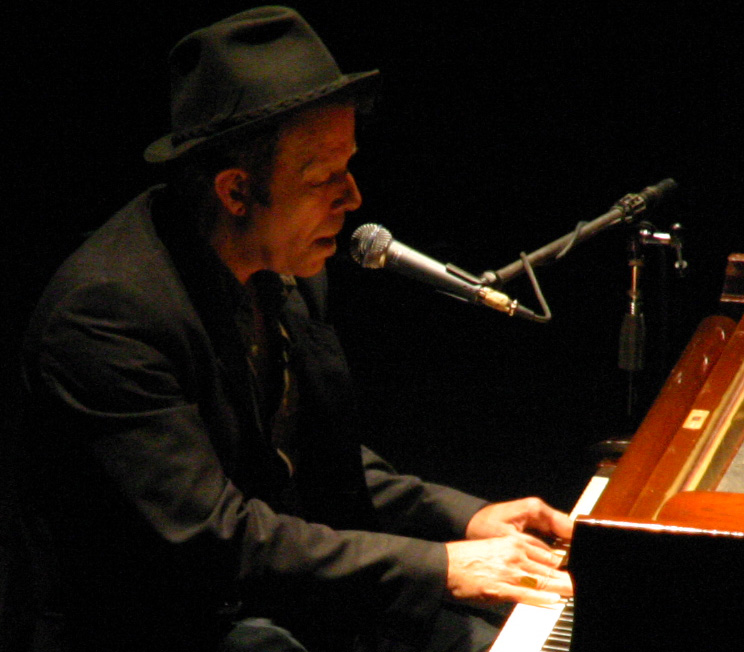 Now I’m convinced that after I die I’ll start out in purgatory. It’s exactly where I belong. I know the score. I have not been virtuous enough for Heaven but I also have and will not be nefarious enough for Hell. I’ll be in purgatory and one day the Lord’s Director of Highland Security will come down from his Pearly Gates to assess the situation. I imagine that at least once a year there is a day when the Great Gatekeeper condescends to the middlings, evaluates everyone there, and offers a bit of grace to a couple of lucky souls. He calls them up to the show, like a supplemental draft or making the Hall of Fame on your last ballot. Again, I won’t be chosen.

But, this time, I’ll be in rare form. Having casually maneuvered my way through the field of contestants to the front of the line, as Tom Waits croons a ballad from his pickled piano over the PA, while all the other purgators walk off dejectedly–on this day–I’ll be incredibly, exceptionally smooth. I’ll tap him on the forearm with the knuckles on the back of my left hand, draw his attention with a head nod and whisper to St. Pete.

“Hey, come on man, I think you got room for one more.”

And I’ll fish out of my pocket my last possession, cup it in my hand, and clandestinely pass it to Peter when we skin it. St. Peter will slip the Grant into the front pocket of his robe, shake his head from side to side with an exasperated sigh, before finally divining, “Fine, Pablo, come on up to the house.”