They were supposed to practice writing Mandarin characters but Luke always just sat there and drew dicks. 4,000 hanzi to learn and not a single one Luke couldn’t turn into a thin veiny phallus. He incorporated scrotums as needed to help with the curves and slants. Slid the drawings to the other students and everyone chewed off their bottom lips off to stifle the laughter. Hanzi made of cocks. Just twisting and snaking around each other.

Mandarin, mandatory since kindergarten. Mandatory in over one hundred countries. Kids, Mandarin is your passport to the world. Learn it and you can trade stocks in Paris or be a professor in Capetown.

“Or I could just stay here and keep winning races,” Luke told his parents, and his brother Bob, and the bowtie in the guidance office.

“You need to learn it,” his parents said. “You’re doing great everywhere else but Mandarin drags your GPA down below 3.0.”

And the bowtie in guidance said, “If you’re amenable with taking a goose egg then just do your time in Mandarin quietly. The teacher gets upset when you disrupt his class.”

Luke played with the snaps on his track pants. “You should put the word teacher in quotes. Because they can study Viking Anthropology or some other irrelevant shit at a Tianjin community college and still somehow get a teaching job overseas.”

And so here in Massachusetts was Yang Jinhai. 23, from Shanghai. He was a carelessly constructed human being. A bowl cut, distractingly white overbite, and flappy Gumby limbs. No beer belly when he got here but he had one now. No English vocabulary when he got here, either, and that sure as shit hadn’t changed. So when Luke called him Mr. Wang instead of Mr. Yang and made the class bust up, Jinhai didn’t know why.

Jinhai operated under a secret identity on Facebook but Jeff had stumbled upon the teacher’s profile. So here was a photo roll. Jinhai blitzed at an EDM boat party on the Charles River. Jinhai slack-jawed on a ski trip with his hand down the back of a white girl’s yoga pants. Jinhai in a tan suit at Crossroads and also at the Mission. Doing flaming shots and motorboating some different white girls. Despite inhabiting the visage of bucktoothed troll Jinhai seemed to never go longer than ten minutes with a dry dick.

“The high life,” said Luke. “Life as a bachelor party. What do you think he’s got, some family money?”

“Get the fuck out of here.” Luke scrolled through a few more photos. “I should re-sketch some of these but replace Mr. Wang Jinhai with a giant penis instead. Wearing a suit and going skiing.”

On Saturday Luke broke his own 800m record with a 1:52.38. But that was only good enough for silver because a rival from Port Grand broke it harder. Guy clocked a 1:52.01.

But that was OK. Because Luke got faster every week. He dropped on the infield and saw himself on the twenty-foot screen under the scoreboard. It was OK because there were three thousand people at this meet and Stephanie was one of them. It was OK because she was a fox and just catching her eye for a second was enough to wipe his memory. And it was OK because that night she came over and it happened.

First time but it wasn’t awkward. It was done and Luke shuddered and curled up. A warm magic fizz worked through him. When they started talking again he said, “Scouts were there today. I could run go run for—”

“But you were talking about Ohio.”

She covered up. “Just an idea. I might stay here.”

He was down in the den with the lights off. Doing business on a six-pack of Sam Adams while he leveled up on GTA. A takeout carton next to him held rice and fried eggplant.

Bob installed hardwood floors for ten hours a day. His shoulders resembled watermelons. Still in the nest at 25 because there wasn’t a 25 year-old in the hemisphere who could afford their own place. He had an aging F-150 and as a birthday present to himself had just upgraded the stereo in it.

“Beijing,” Luke said, for no other reason than to state his problem, to lament the existence of it.

“The center of the universe,” Bob said.

“Or you could just stay here and ‘keep winning races.’” Bob laughed through his nose.

“I’ve got everything else. I just need Mandarin. I can learn it and go.”

“No. Here’s what you do: you cut it with this little chick. You work on your gift, protect it. Unless you wanna end up on this couch next to me.”

Monday. They were in the Mandarin office at Jinhai’s desk.

The teacher chewed on the tip of his tongue while he texted someone. Jeff was there to translate, something he was capable of since he didn’t spend the entirety of Mandarin class drawing dicks.

OK, Luke thought. But $35 is still a goddamn king’s ransom.

He could pull down $6.75 an hour washing dishes at the cafe. Before taxes. So: eight hours on the clock could buy him one with Jinhai. That was a horrifying exchange rate.

But, after enough hours with Jinhai he could get to Beijing.

“The test is in five months. And you gotta be damn near fluent by then.”

Jeff and Jinhai had a quick exchange and then Jeff said, “Tuesdays and Thursdays at 8.”

Luke fixed Jinhai with a quiet stare. The guy had a gold mine in his head. Just say words, get money for them. What a life. What an incredible, incredible life.

“Tell him I’ll pay him on Friday,” Luke said. “For ten lessons.”

“Someone broke the window. Stole my radio.”

“No.” Bob cleared his throat hard. “It was up in the hills. Only had that fucking thing for a few weeks.”

Luke handed Jinhai $350 in an envelope on Friday. A wordless transaction that nonetheless concluded with smiles from both parties.

Now Luke had a five week head start on getting another ten lessons’ worth of currency together. He practiced hanzi at lunch. Getting the stroke order down. The characters looked weird when they weren’t rendered as dicks.

After school he went to Stephanie’s. Shuddered, curled, tingled again and said, “You’re going to Beijing, aren’t you.”

He could tell that was her plan because she never talked about it. And he knew she hadn’t talked about it because once she flew over there, there wouldn’t be a Luke in the equation. Girls were very mature and practical. Did this irritating thing where they looked eighteen months into the future and tried to figure out what would happen.

“Well,” Luke told her, “pretty soon I’m going to have some good news for you.”

On Monday Jinhai was gone. Taken his bowl cut and overbite back to Shanghai.

“He got arrested at Foxwoods Friday night,” someone said. “On the casino floor.”

Luke blinked and put down his pen. Didn’t move.

And some kid said, “He and a few PLA soldiers mixed it up with some BU students. There was talk of an assault charge so he posted bail and caught a plane.”

Luke sat still. Said nothing for the rest of the day.

At practice. Out running intervals in the city under the train tracks. Asian actors were on a billboard with a fireball behind them. One of them was in an armored combat suit that let him fly. The red-and-yellow Chinese flag was on the side of that building over there. Hanzi everywhere and it was all a taunt.

But it didn’t have to be. Luke finished and texted Stephanie and said they were done. Someday they’d both see that as the good news he promised.

Then he went home and told Bob the whole deal. He woke up on the floor with a front tooth loose.

Bob said, “Here’s how you pay me back. You work on the crew this summer for two weeks. For no pay.”

“And win your next race.”

And he did. The guy from Port Grand didn’t even made the podium. The other two guys on the podium were Chinese kids from the international school.

“Foreigners think they can tell you what’s important because they have the Almighty RMB,” Bob said later. “But they can’t. You should know better anyway.”

“I do know better,” Luke said. “But sometimes I forget.”

“You’ll be good. I know you will be. You’ve got something.”

Back to Mandarin class. They had a new teacher, the teacher was a she, and she was so hot that Luke stared and began learning a few words by accident.

And Yang Jinhai was home, back in the capital of the universe. Back in with the parents, because you had to pay for rent in Shanghai. The dollars from that American kid were almost gone. He couldn’t get laid here. He was on Baidu looking for work. America was out.

But there were so many other options. 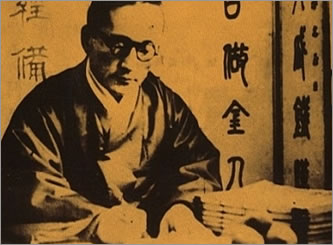 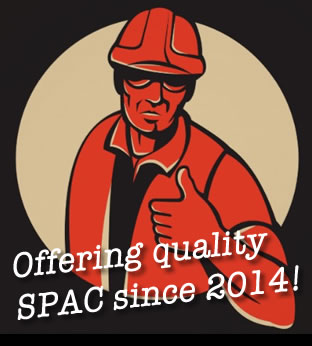