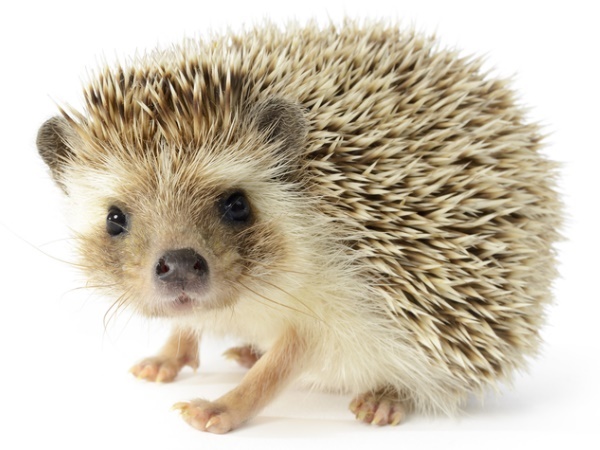 The results confirmed the scientists’ suspicions. Of the 200 children, 180 had drawn not the rodent but a computer mouse. These were millennials. They may not have had pets but they’d always had a PC in the house.

I used to play video games on sunny days. I’d draw the curtains to keep out the sun’s glare. It seems so wasteful now. I should have been outside.

One summer my brother and I got guinea pigs. Sisters. An exotic-sounding breed, they were Abyssinian. Abbys are the loyal opposition to the typical show pony strain in that their coat is rough and tufty with cowlicks. One was cappuccino brown, the other granite grey. We spent the weekend handling and stroking them and overseeing as they explored.

They were a weekend wonder – we didn’t play with them again. I reverted to spending all my time in my bedroom alone playing on my Sega Megadrive (Genesis in North America). Dad built a large pen where they lived freely day and night each summer. In winter they slept in the garage. I used to see him from my window cleaning out their hutch or with one in his hands.

We had a dog too – a German shepherd who’d failed as a police dog. We got her when she was two. The police couldn’t train her to bark or bite, so were giving her away. We paid £10 – for the leash. Her name was Sadie.

Before Sadie we’d had Merlin, a border collie my parents had gotten as a puppy, before they’d had kids and bought their first house. I’ve never seen my dad cry, but the first time I knew he’d shed tears was the Sunday morning Merlin died upstairs in my parents’ bedroom as my brother, sister and I were downstairs, watching cartoons. Mum came down first to tell us what had happened and not to go up there. When eventually Dad came down he was puffy-eyed. His best friend was gone.

Sadie was a different story. He hated how she’d loyally follow him around the house. Merlin hadn’t done that.

My grandparents had suggested Sadie to us. Dad’s heart hadn’t been in it this time. One summer’s evening, I paused playing Megadrive to go downstairs for something. Passing my brother’s room, I saw Mum sat alone at the end of on his bed, looking forlornly out the window at the street out front.

I stopped, surprised, and asked her what was wrong. She asked me: “Do you want us to give Sadie back?”

Having Sadie wasn’t like raising a puppy. Sadie didn’t play. But I liked having a dog around. Besides, you didn’t give dogs back.

Just then Sadie walked in and up to Mum, who stroked her apologetically. I escaped back to my room. My world. An uncomplicated world. I had entered my teens and cherished solitude. Mum didn’t broach the subject with me again and we kept Sadie.

Every summer Sadie was tormented by the guinea pigs in their pen. She would run to wherever they ran and just fixate on them grazing. They were oblivious to her. The larger, brown sister even gnawed the wires persistently, irritated by its confines. Occasionally it made a hole, which Dad would patch up before it could be nibbled big enough to escape through.

One afternoon my parents were out and my brother and I were downstairs, him watching TV and me at the PC. Then, a sound I hadn’t heard before, from the back yard: a siren, rising sharply then held. I went to look and saw Sadie with the brown guinea pig in her mouth. The bolder sister had finally broken free. But its freedom had only lasted a few seconds.

I screamed “No!” and she put it down. The useless police dog could have shaken it to death but hadn’t wanted to.

It was uninjured, but splayed flat on its front, too shocked and shaking to stand. My brother held and stroked her, but she kept shaking. We took both guinea pigs inside and made them a cozy temporary home in a shoe box upstairs. When the shaking stopped she was tense to touch. Normally she purred when stroked, but not now. Waking early the next morning I checked in on her. She’d died in the night.

Her sister died within a year, from loneliness. I remember not being surprised. And relieved. She needed company. But I wanted to play at the PC over playing with her.

Video games rendered me a poorer academic. They’re chiefly why I’m absent-minded and impractical, lousy at sports, utterly unable to multi-task or make quick decisions and awkward socially – too inside my own head. Then I went and killed my friend’s hedgehog.

It was my first year in Korea. My school had two foreign teachers: me, and Benny, from America. Not long after arriving in Korea, Benny got a hedgehog from a department store, which he named Ine. Soon after that he got a puppy. He left the puppy alone too long too often, but he never bored of playing with her and trained her well.

One Wednesday, Benny fell deeply ill. A doctor told him told he’d been drinking too much soda (!) and advised a two-night hospital stay. He complied, arranging for his closest friend Amy to take in the puppy and go by his apartment after work both nights to feed Ine.

Come Friday Benny’s condition was just the same and he was counselled to remain for the weekend – to which he said “ok”. But that weekend Amy had Christian camp to attend which put her in a dilemma: should she stay or should she go? In the end her calling to please Jesus was so great that she opted to go rather than stay and help the sick, and lo and behold, the puppy came to stay with me.

It was also up to me to look in on the hedgehog. Ine spent most of his time in his house, in his tray-box quarters. When he ventured out it was to eat, drink or play with the cardboard tube from a tissue roll by sticking his snout deep inside it then parading around with it in the air. He’d then discover it was stuck and appreciated if you pulled it off for him. It went “pop” when you did. I don’t know how he ever got it off with no-one around to help him.

I poured Ine his food for the day and filled his water bottle, which had a spout with a ball that emitted water when licked. Bottle in stand, I put it back beside his tray.

But it wasn’t his water bottle. It was the puppy’s, and once in the stand, it stopped just above the critter’s head.

A hedgehog can’t crank its neck to reach its mouth up. It isn’t able. Hedgehogs can barely look up at all. Pet hedgehogs either drink from a dish or a bottle hung much lower.

On the Sunday as I entered Benny’s apartment Ine came running out of his house. That was odd. Then I noticed the bottle was still full. He’d barely touched his food either. But I figured he didn’t eat and drink every day. I could leave. I had a puppy to tend to. As I left he was shuffling about his tray frantically.

When Benny came home the next morning, pale and thin, he opened the door to find Ine curled up in a ball at the front door. It was winter and he wondered if Ine hadn’t gone into hibernation. No, Ine had gone on a critical search for water. Who knows how much of the apartment he’d scoured, but at the front door he’d admitted defeat, curled up and died.

Benny chose not to disturb Ine at the door that night, hopeful a warm floor might rouse him from his dormancy. Meanwhile, I was praying. All praying is is pleading: “Please don’t let two and two equal four!” You don’t have to be religious to pray.

The next morning Benny posted on Facebook that he’d just buried his hedgehog. As I walked into the office we shared with Amy he looked up from his desk and said: “So Ine died.”

“Died when I was in the hospital.”

He knew I was sorry and never brought it up again, even the time he ran into his apartment to get something and my girlfriend, noticing no tray in the kitchen, called to him in the bedroom:

I’m trying to be a better employee and friend; to pay attention, earn trust and anticipate my next big mistake. I don’t want to think like those kids, the guinea pigs in the experiment at UC Berkeley. I don’t want to always be staring at screens (he says, typing). Like an Abyssinian gnawing at wire, I want to break out and go explore. Like Benny’s hedgehog too, I’m meant to forage. Isn’t that an expat, after all? A forager?

Tomorrow we’re getting a puppy – my first pet since I had a Tamagotchi that’ll rely on me. It was my idea. Give me something real.